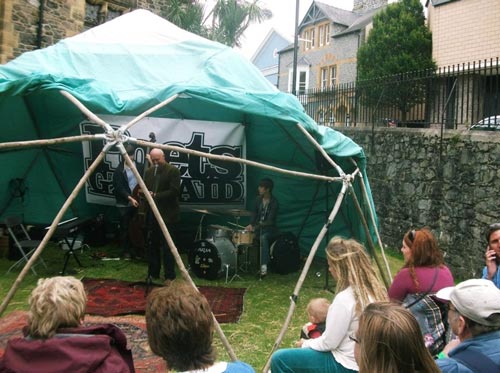 What a lovely day was has in Bangor at the Apple Fest on Saturday.   It was a great use of public space for a community event.  The Martin Dawes Combo in the Museum grounds was one of the highlights for us.

The 2 sites used on Saturday have lots of potential for future events, particularly if the Libary Hall is included. It was once used for classes, band practices, etc, but the council seem happy now for it to be used as just a storage space.

We seem to have lost the library hall as a community space and the museum itself was threatened with demolition a few years back, only to receive a temporary reprieve due to public protest.

The latest scheme is to relocate the museum in the old town hall.

A bid has been put in to the Lottery fund for money to convert the old Town Hall to accomodate the Museum, and an agreement has been signed between the Council and the University to cover the running of it: welcome news indeed.
Friends of Gwynedd Museum And Gallery NEWSLETTER Summer 2012

Presumably, when the museum is relocated, they will knock down the existing building. I don’t know what they plan to replace it with – another Watkin Jones monstrosity? I hope I’m wrong, but it seems likely that we’ll lose this lovely building and probably its grounds as a public space. 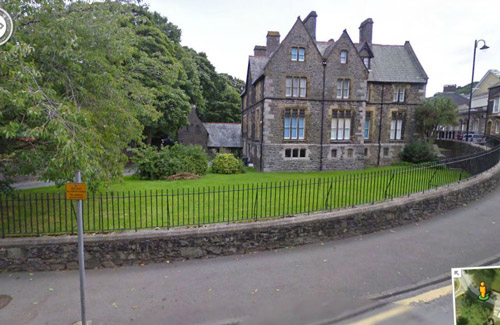