Here’s an aerial photo from Google. It’s interesting to see how much green space has disappeared in the short time since the photo was taken. 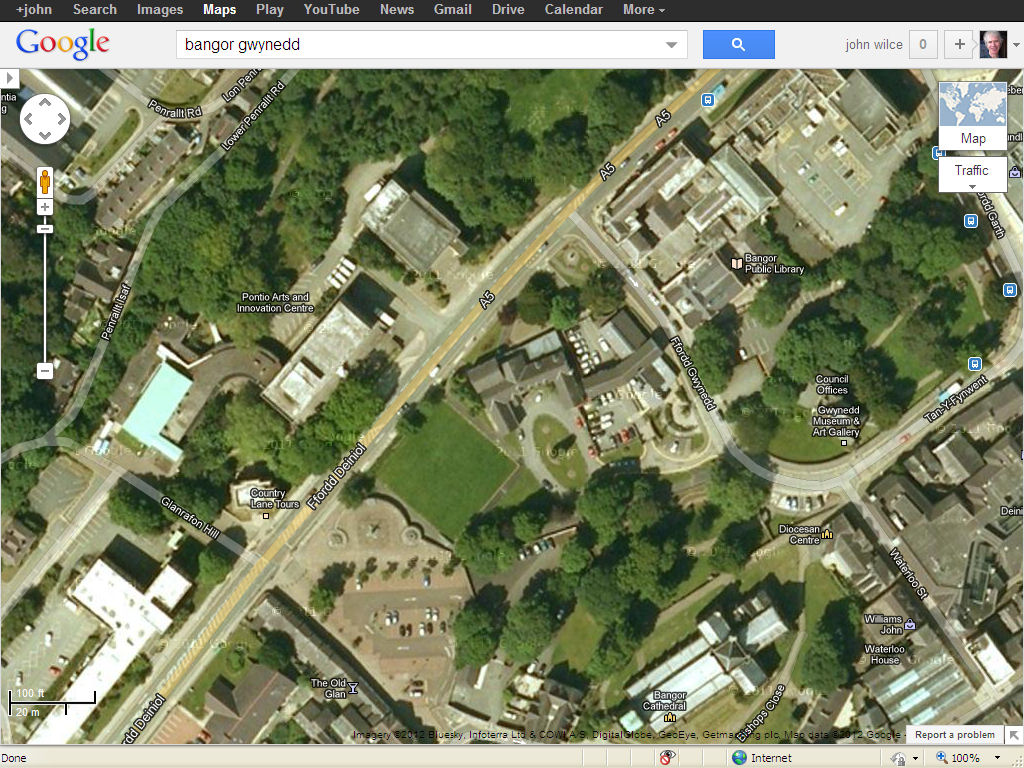 On the far left of the picture is the University owned Tanrallt House (built 1750), one of Bangor’s few remaining historic buildings. It was threatened with demolition until the Civic Society protested. The University have since neglected it so much that it looks about to fall down, which might well be their intention.

Another historic building, the old Town Hall in the centre of the photo was originally the Bishop’s Palace. There is an application for Lottery funding to renovate the building to house the contents of the Museum. This would leave the way clear for the demolition of the museum building. It occupies a large plot of land in a central location and must be a tempting site for property developers such as Watkin Jones.  Similarly the Old Bowling Green could also become a ‘prime development site’.

These historic buildings and green spaces in central Bangor are rapidly diminishing in number and will never come back. When everything is finally built over we could call it Watkinjonesville.