Unfortunately we’ve had to postpone the Abu Baga gig, we hope he can come over soon. However the show must go on! Banda Bacana will play, with special guest Dot – same time same place! Neuadd Ogwen on 16th June. 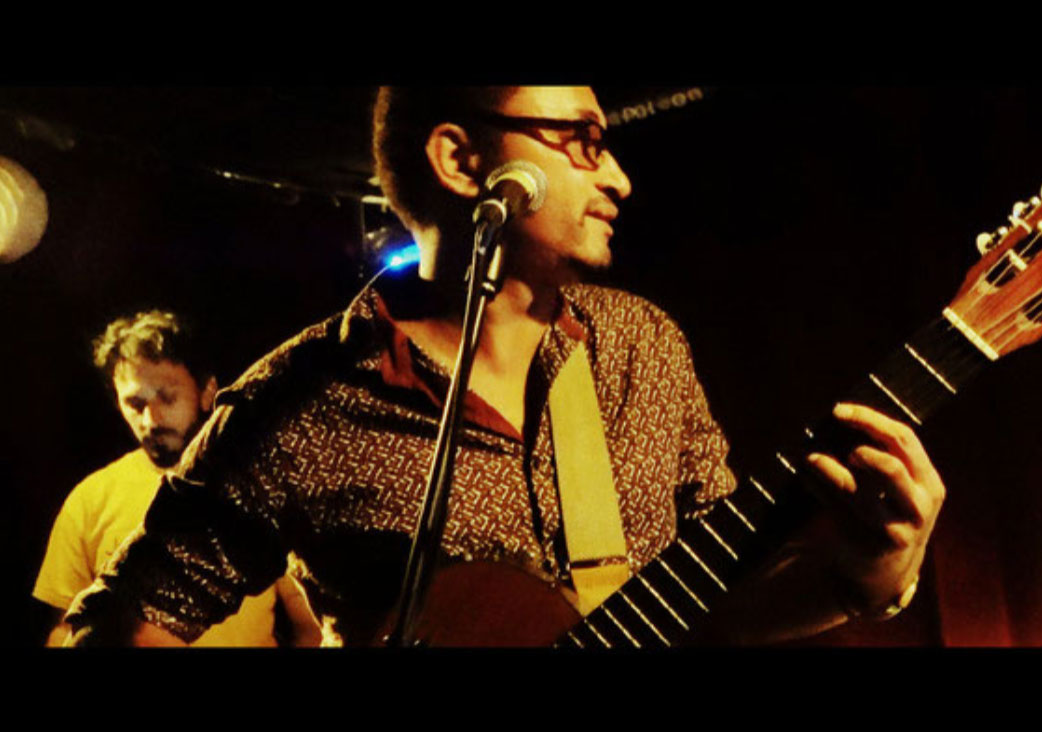 Abou Baga began his musical journey on the Comoro Islands off the coast of East Africa, where he sang and played traditional Swahili music. Since 2005 he has been living in Paris where he is a favourite on the African music scene, which is the best outside Africa, bringing together people from all over that continent.

Jochen Eisentraut, music lecturer and saxophonist with Banda Bacana, has performed with Abou frequently and has invited him to play in North Wales.

Jochen says: ‘Abou sings favourite songs in Swahili, English, French, Portuguese and Spanish, and also writes his own. I’ve spent many nights playing in packed bars with him in Paris, with people dancing, and singing along with him into the small hours.’